Dunfanaghy is a town that is made for holidays; Horn Head overlooks it and dominates the surrounding area, and it has an abundance of beaches within easy reach – Killhoey, Portnablagh, Marble Hill, Ards and Tramore at Horn Head.

Also at Horn Head is ‘McSwiney’s Gun’, so called because of the noise often made by the tide rushing into the natural blow hole under the headland. Despite its current reliance on holiday-makers Dunfanaghy started life as a market town, its earliest patent being given in 1630 to Sir Mulmurry McSuibhne for a Monday market and two two-day fairs, on Whit Monday and 21st September.

The town retains the look of a planned town, a heritage it shares in Donegal with other towns including Raphoe, Malin. It has a present day population of only 300 or so, but like many towns of its size on the western seaboard of Ireland, Dunfanaghy has the historical connections of a town many times its size.

The Dunfanaghy Workhouse, a modern heritage centre located in part of the 19th century workhouse, tells the story of unhappier days in the area when thousands succumbed to famine and disease. Nearby attractions include Glenveagh National Park and Fanad Lighthouse – one of the Wild Atlantic Way’s Signature Points. 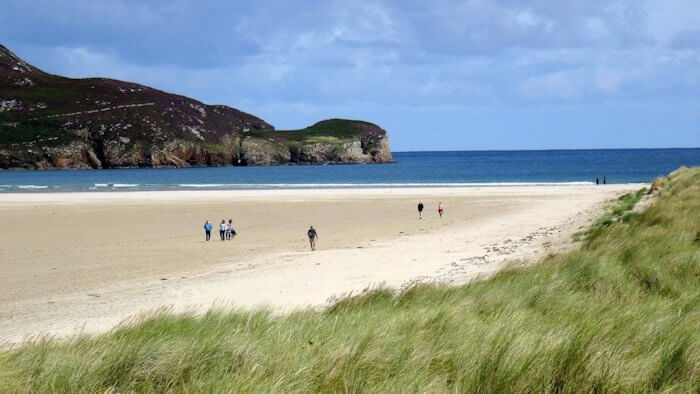 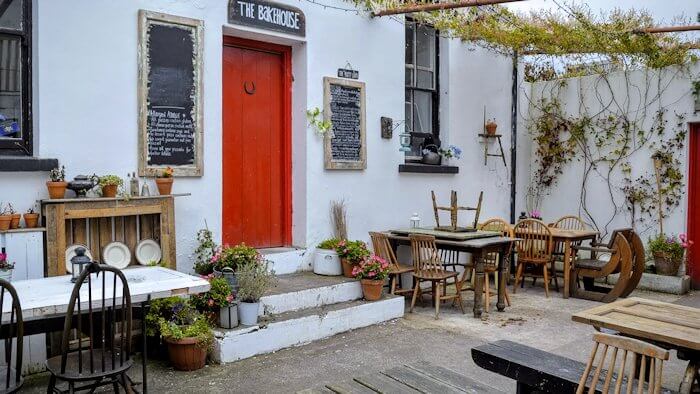 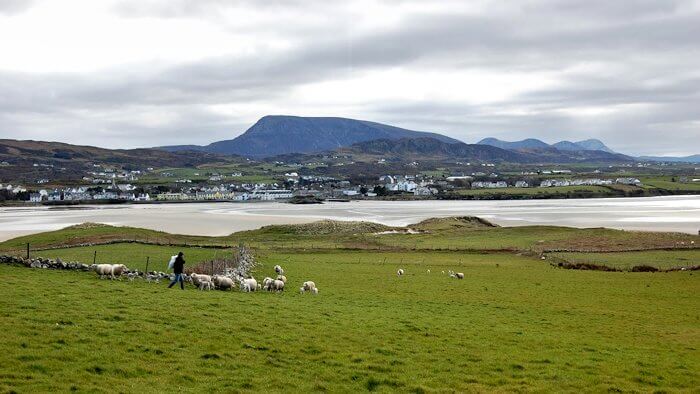